MZS is composed of aircraft-grade, high elasticity 60t carbon fiber to achieve exceptional rigidity, and incorporates vibration damping material weaved into the carbon layers of the stabilizer pipe. This enables it to achieve exceptional damping properties while maintaining its high rigidity.
At the same time, its slim 14mm diameter minimizes the effects of outside influences such as wind drag. Experience outstanding performance from aiming to follow through, made possible by the state-of-the-art carbon technology incorporated in MZS.

The ULTIMA MZS Stabilizer System was jointly developed with major Japanese sporting manufacturer MIZUNO, as a stabilizer to satisfy even the needs of the world’s highest level archers. It is extremely different to combine a slim diameter that minimizes environmental influences on the archer’s shot, with the stiffness required to withstand the stress of the high-weight setups many modern day archers use.
We conducted several stages of testing with multiple types of vibration damping materials, inserted in various strategic locations. In addition to internal testing, several of the highest-ranked archers in Japan contributed with their feedback, helping us finalize the MZS stabilizer system without compromises. As a result, it has become a popular option for top contenders not only domestically, but overseas as well.

Finally, we did not stop at just the product’s technical capabilities, but invested in the visual design, making it one of the most premium-looking archery accessories on the market. The design consists of a logo pattern in gloss finish on a matte base, leading the manufacturer to express concern about possible defects during mass production. Nevertheless, with SHIBUYA and MIZUNO’s manufacturing expertise, we were able to achieve a consistent, top shelf finish for this product.

First time I felt that the ‘Vibration Dampening’ actually does something!

Perfect stiffness - Stiff but not obnoxiously so. 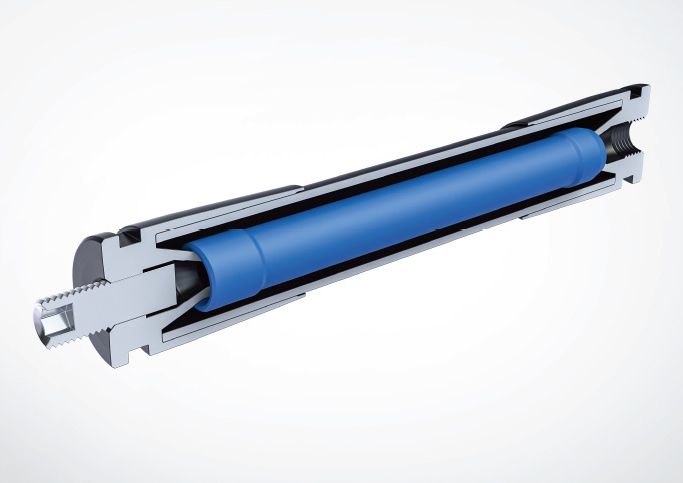