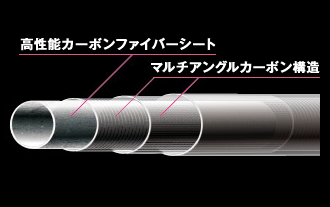 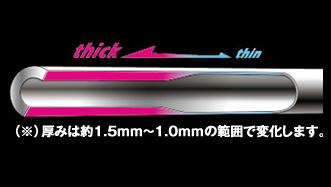 CARUNO Stabilizer’s Dual Diameter Spine Tuning (DDST) construction enabled us to dramatically reduce the mass weight of the stabilizer rod without sacrificing its strength, by varying the inner diameter of the rod at the base and weight end.
The CARUNO Long Rod features a higher wall thickness at the stabilizer base, which requires the highest stability. The weight end of the shaft, which experiences a lower amount of stress upon the shot, features a reduced diameter, drastically reducing the weight of the rod.

The development of CARUNO stabilizers began as a special stabilizer for one of our staff to use while representing Japan at a major international competition. At the time, the trend was leaning toward larger diameter, heavy stabilizers. In contrast, the new product was to be a light, slim stabilizer that would be easy to adapt to many users’ bows. Initially, a proposal for an intentionally softer stabilizer was also considered, but the final CARUNO ended up as a light, stiff stabilizer system.
To reduce a stabilizer rod’s mass weight, it is necessary to reduce the material’s thickness, but this tends to reduce the stiffness of the rod. Keeping the weight low while at the same time achieving stiffness was a challenge.
Similarly, increasing the stiffness of the stabilizer reduces its ability to absorb vibration, which results in the setup producing unpleasant sound and vibrations. Thus, the challenge when developing CARUNO was to achieve a balance of lightness, stiffness, and vibration absorption. In prototyping, we incorporated the feedback from Olympic archers and other domestic top athletes, and went through several stages of tests. In the end, development of this stabilizer took almost three years, but we ended up with a product that has been popular with a wide range of archers, from short draw length and light draw weight setups to archers using a high-stress bow with a lot of weight, over several years since its introduction. 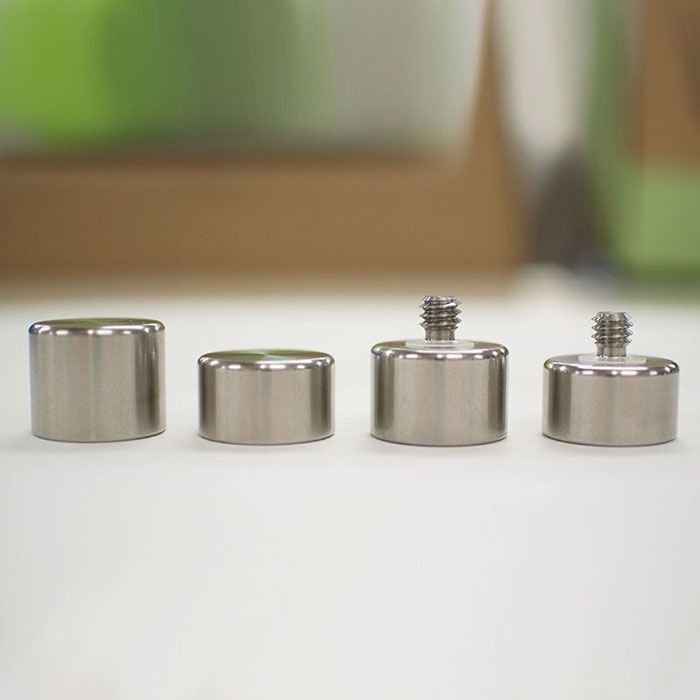